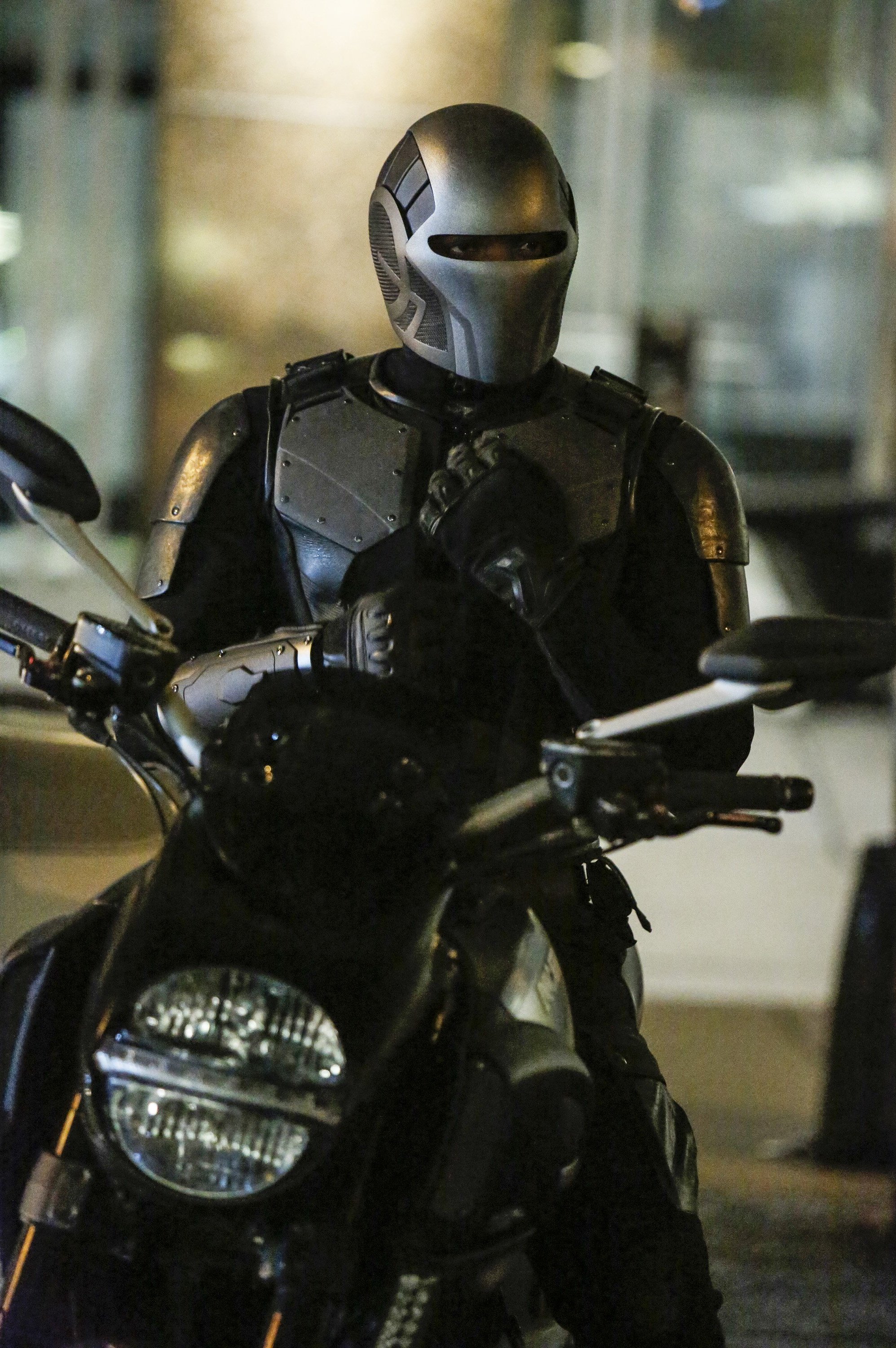 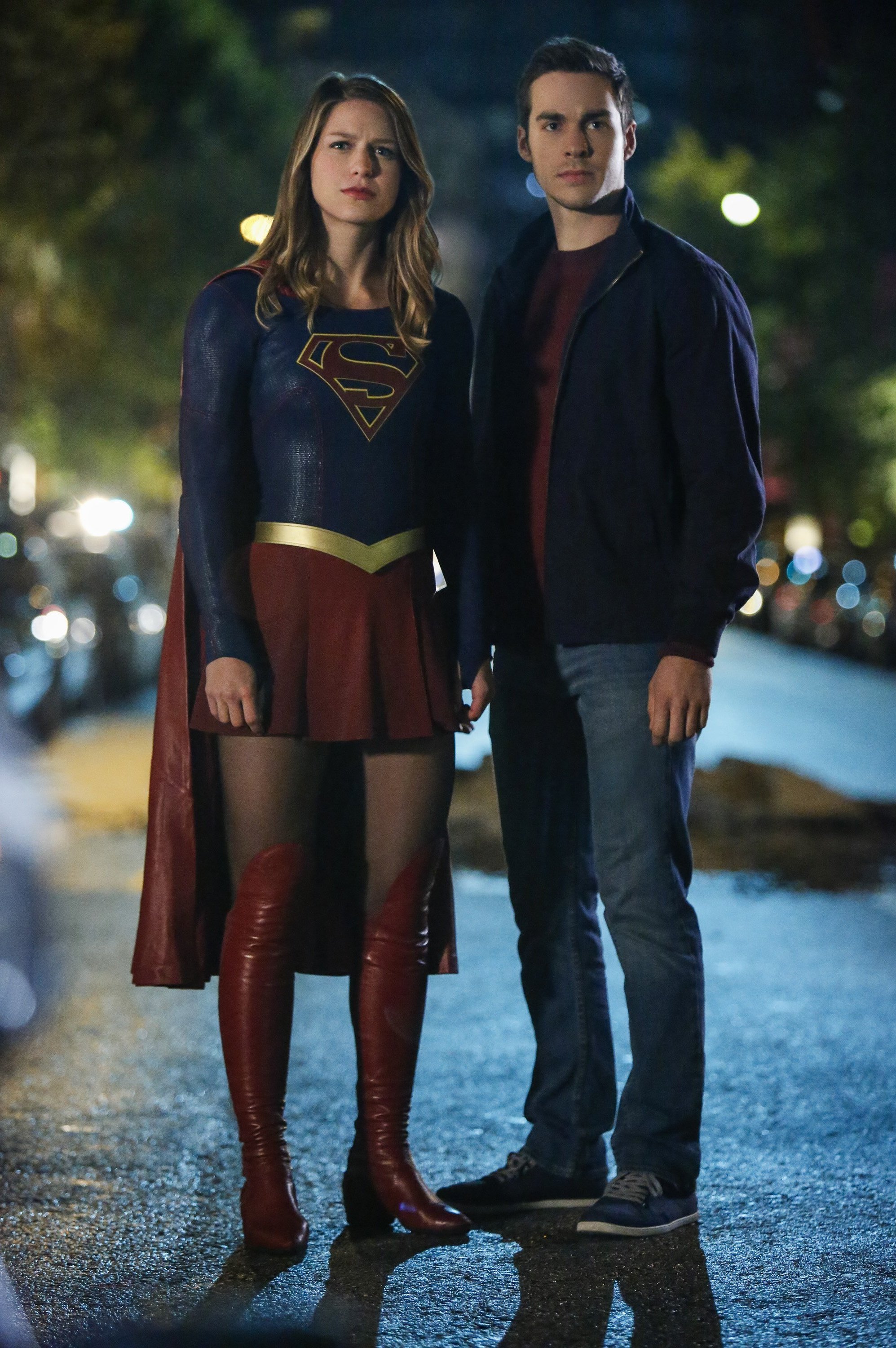 The Guardian debuts to lend a hand after a parasite alien drains Supergirl (Melissa Benoist) of her power. Mon-El (Chris Wood) considers a less than desirable new career which then leads him to contemplate his motives. Alex (Chyler Leigh) struggles with a new reality.

Interesting episode, even though a part of it does earn a major rant by me.

Loved Olsen's Guardian outfit. Although realistically I don't see how they are going to keep it secret from kara and the DEO for very long. Speaking of the DEO, why the hell wouldn't they have thoroughly examined the one lone survivor? Especially if another government agency had put a quarantine in place.

Even though the Alien turned out to be purple, and they kept saying it was a parasite...I don't think they were going for Parasite from the comics.

Mon El being a "enforcer" for hire...interesting. Although I would then have expected his fighting skills to be a tad bit better.

And now we come to my major rant for this episode.

Alex and Maggie. Well, to be more specific...just Maggie. Maggie's character is just a evil manipulative piece of sh*t! She KNEW Alex had feelings for her, and led her to believe she had those feelings for Alex as well. Going so far as to almost outright say it, when she said she wouldn't be with someone who hadn't come out to their family. So, Alex does come out....And what does Maggie do then...Rejects Alex, and then pulls the friend card. Why the hell wouldnt the B**ch, and yes I'm calling Maggie a B**ch, just tell Alex she wasn't interested in her? Rather then have Alex possibly ruin her relationship with her family, for no reason? Here's hoping the character of Maggie gets killed off in the next episode or two.

Lots to love with this episode. Kara and Mon-El getting drunk was really funny, and it's nice to see these moments between characters where they're not dealing with some major threat to the city or world.

Kara is placing a lot of expectations on Mon-El. There's no reason for him to become a hero. I mean, Kara had Clark as an example and lived on Earth for years before deciding to become Supergirl. Mon-El has barely been on Earth, hasn't had a lot of time to adjust to losing his entire planet, and doesn't have the same hero mind set as Kara.

Still, he stepped up when he needed to and took Parasite on. Sure he got his butt kicked but he tried. I am afraid of what Cadmus is going to do to him though.

I also liked Jimmy's Guardian outfit, though I have my fingers crossed that he will add the blue and gold colors to it eventually. Making Jimmy Guardian, and having Winn be his partner has really helped both characters. I loved the confrontation between Jimmy and Winn, with Winn just unleashing on Jimmy and telling him that the suit would be ready when it was ready and not a moment before.

I agree that Jimmy can't keep his secret identity from Kara for too long. Especially not based on the previews for next episode.

Even though the Alien turned out to be purple, and they kept saying it was a parasite...I don't think they were going for Parasite from the comics.

Pretty sure they were. He's a big purple monster that drains the life out of people and gains strength from their life force. Plus he is Rudy Jones, the identity of the post-Crisis Parasite.

The CGI on Parasite looked really good. He was intimidating and just flat out creepy. It was a good way to introduce one of Superman's tougher foes.

My guess is nothing good will come of the white Martian blood in J'onn. I do feel bad about Megan. She obviously is not your typical white Martian and she does want to help J'onn as much as she can.

I have to disagree about Maggie, LoTS. Yes, she was interested in Alex but when she found out that Alex hadn't even admitted to herself that she was gay, she backed off. She told Alex to come out to her family not so they could date, but as friendly advice from someone who's been there. She's also not wrong that it's hard for someone who is newly out to date someone who has been out for a while. I think Maggie is doing what she thinks is best for Alex.

The episode handled Alex's coming out to Kara really well. Kara wasn't immediately accepting and had to take a minute. It felt like how coming out happens in real life. It also shows that Kara isn't the perfect paragon of truth, justice, and the American way. She stumbles just like all of us. In the end though she loves Alex and just wants her to be happy. The ending where Alex breaks down because Maggie rejected her and Kara just holds and comforts her was so powerful.

It does feel like this season is just working brilliantly. I loved season 1 but it had its problems. So far it looks like the writers are trying to, and succeeding, at fixing those problems. The Kara/Jimmy romance didn't work and they ended it and have given Jimmy something a lot better to do. Winn joining the DEO was a perfect move for the character. Having Alex come out has fleshed out her character a lot more. Mon-El is a good addition and gives Kara a potential romance and a thorn in her side. Giving Kara a new job and having her struggle at it has made things more interesting for her. I do miss Cat, though.