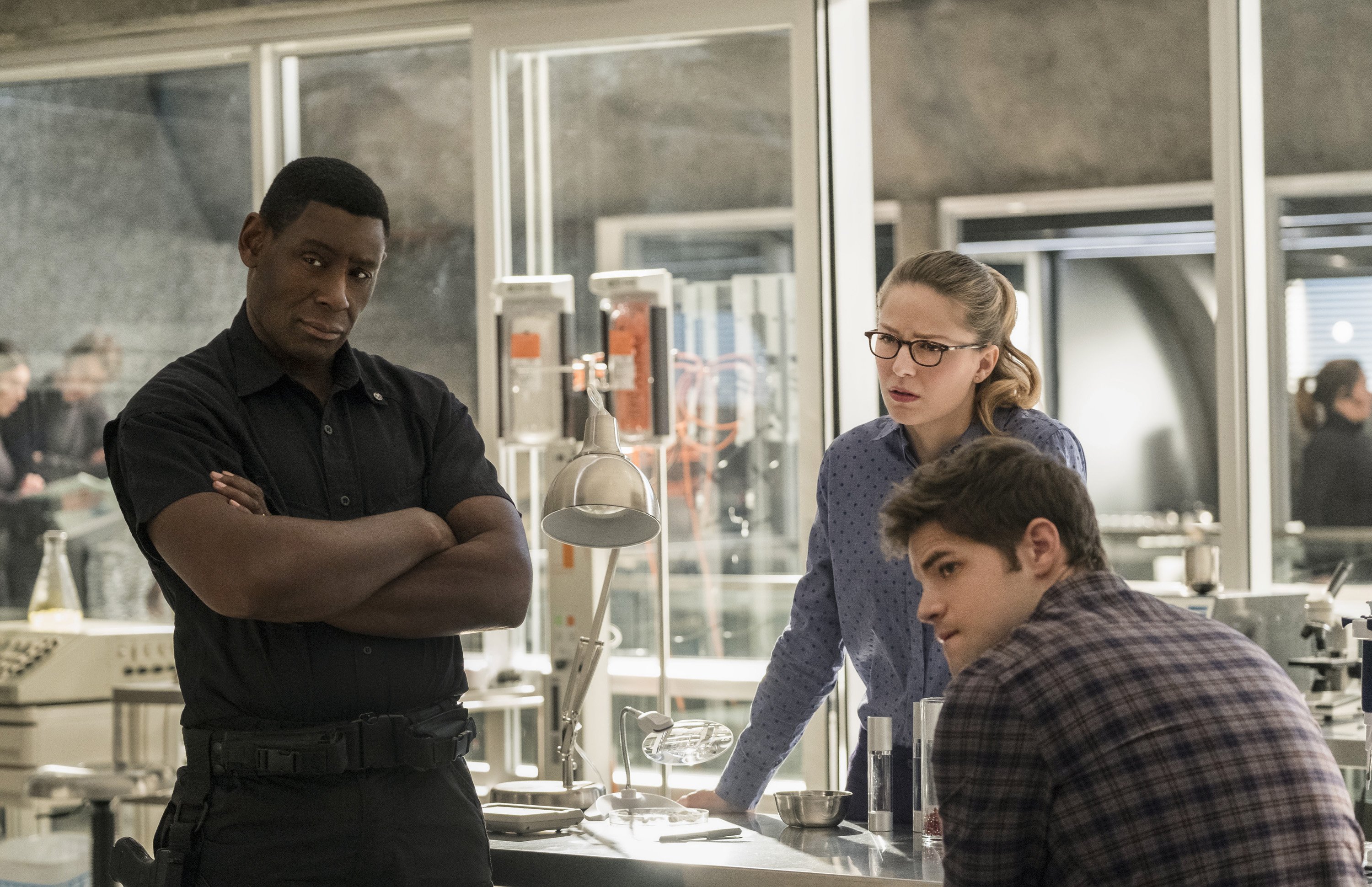 I am not sure how the insinuation that Lena is evil at at the end of the episode (with the whole chess flash-back) jives with how she was acting around her mother when there were no witness around, nor cameras expected. And since they were in a secret base, and Supergirl doesn't skulk, I don't see how she could have been worried about being spied on. Unless she is playing some strange long con on her mother and not on Kara/Supergirl (or possibly a more complicated one on both).

Nice to see the Luthors again. Cadmus has been on the back burner for the last three episodes.

I guess I just assumed Alex was out to everyone already but apparently not. It was nice that everyone accepted her.

I was hoping Metallo would show up again. His testimony at the trial was pretty chilling. I really hope he's not dead.  Sure he blew up because of the fake kryptonite but it's a comic book show. He can always come back.

Cyborg Superman is still being wasted. There's no real point to him being here.

Loved the little easter eggs in Lex's bunker. Too bad they didn't use the war suit. I was so hoping that would get busted out.

Glad that Kara is patching things up with her friends. She and Jimmy finally come to an understanding about him being Guardian. It doesn't mean things will be smooth sailing from here between the two but it's better than the chill that has existed between them.

Not sure how the flashback works with how Lena was shown throughout the rest of the episode either, sierraleone,  unless learning that she's a real Luthor has changed her somewhat. It's also possible that maybe she is planning on doing something to catch her mother. I guess we'll have to see how it plays out though I hope she doesn't just turn bad.

Has Mon-El given up on being a hero? Ever since the Livewire episode he hasn't trained or mentioned it. I hope it gets brought back up again. I also hope he gets a costume soon.

Kara finally admits that she has feelings for Mon-El. It's about time. Of course, it gets ruined by Mr. Mxyzptlk showing up. I so did not expect that.

The preview for next episode looks great. I am so excited to see Supergirl go up against the imp from the fifth dimension.