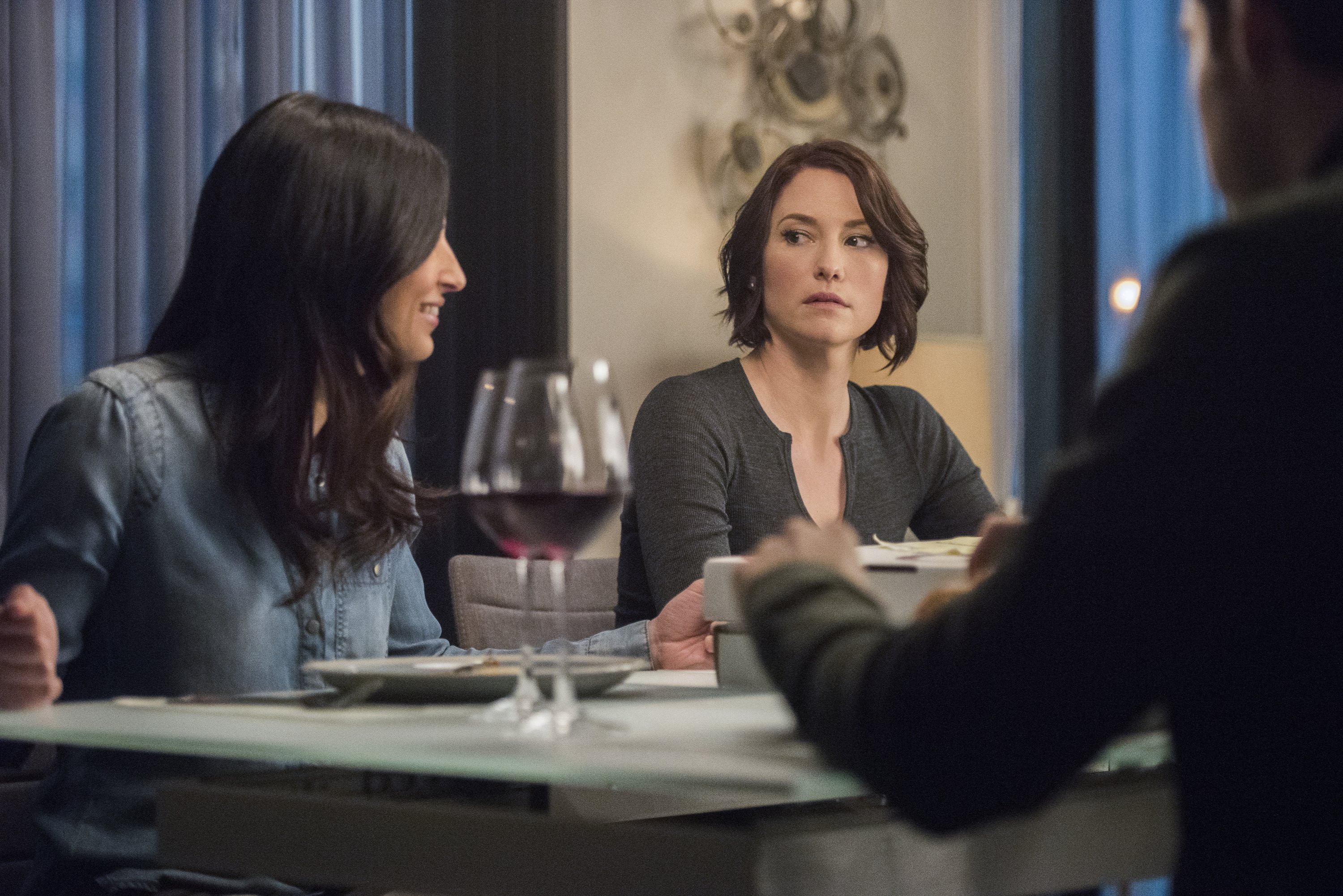 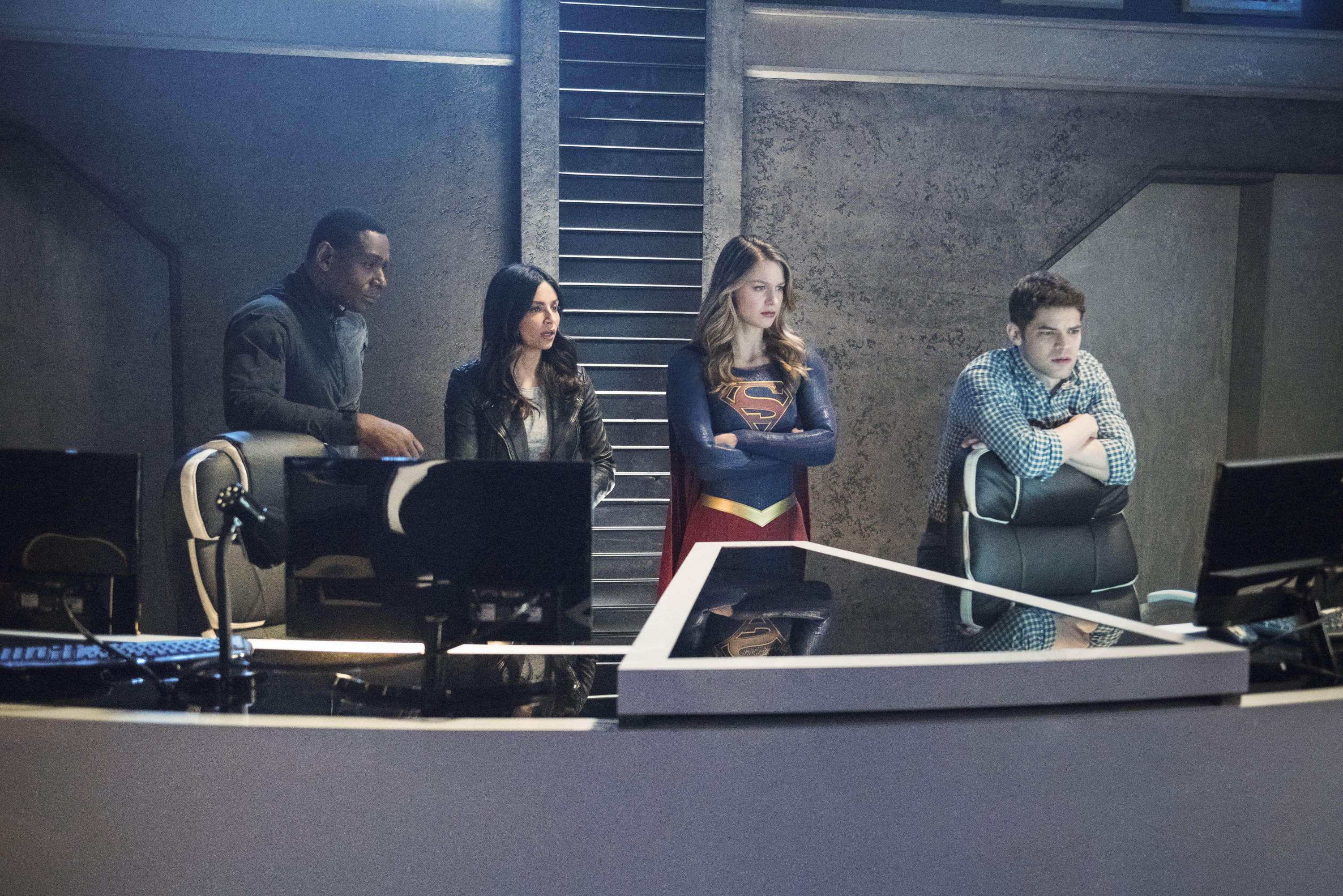 Alex (Chyler Leigh) is kidnapped and the kidnapper threatens to kill her unless Supergirl (Melissa Benoist) releases a notorious criminal from prison. Supergirl and Maggie (Floriana Lima) have always had different approaches to apprehending criminals but this time they must work together to save Alex. Meanwhile, Rhea (guest star Teri Hatcher) has an interesting proposal for Lena (Katie McGrath).

That was a pretty powerful episode, though I had some quibbles with it. Mainly the lack of explanation for how Rick was able to protect his thoughts from Martian Manhunter. That's not an easy feat and yet it was brushed aside. Same with how he learned so much about the DEO. I get how he was able to figure out Kara was Supergirl and it would be easy enough to stalk her and Alex but he knew way too much about the inner workings of the DEO.

Still, the drama was on point. While people Supergirl loves have been in peril before, they weren't quite in such dire straits as Alex was in the episode. Plus, none of Supergirl's powers were able to help her save her sister.

I did like how in the end it was Supergirl using her words and her power to inspire that helped Rick's father to give up Alex's location.

Okay, Alex punching Rick was awesome and so deserved.

The debate between Maggie and Kara about when Supergirl should intervene and when she wouldn't was nice, and it does bring up issues that heroes would face. Criminals, and their attorneys, would use getting captured by a hero (or vigilante) as a way to avoid any punishment for their crimes. Then there is the fact that Supergirl's battles do tend to cause property damage and she doesn't always go out of her way to avoid it. This episode was a good example as she just slammed through the roof of the bank. Seriously, she couldn't have just flown through a window? Even closed, it wouldn't have caused as much damage.

Nothing good will come of Rhea and Lena teaming up. I can see why Lena would agree to help Rhea. First, she doesn't know anything about who Rhea really is or how she ruled her planet. Second, she probably doesn't want to be seen as anti-alien like her mother. Third, Rhea did do a good job of acting like she really did have the best interests of humanity in mind.

I've been thinking that it was odd that Cadmus really hasn't reared its head again this close to the finale, but now I am wondering if the writers plan on making Cadmus a threat across multiple seasons. Sure, so far on all the Berlanti shows they've had season long arcs and villains and Supergirl season 1 followed that formula. That doesn't mean they have to follow it this season.

If I'm right, then it's possible that Rhea's actions in the next few episodes might actually give Cadmus the ammunition they need. Despite all of Cadmus's warnings about how horrible aliens are and how allowing them to be citizens in America would be terrible, no aliens have really done anything that bad. Yes, the Fort Roz prisoners were a threat last season but they haven't really been mentioned much this year. If Rhea does do something terrible, Cadmus could point to that and say they've been right all along. It might turn public opinion in their favor.

Of course I could be completely wrong and we might see both Rhea and Cadmus taken down by the end of the season. Still it might be a nice change of pace to see a big threat like Cadmus hang around for a little longer.