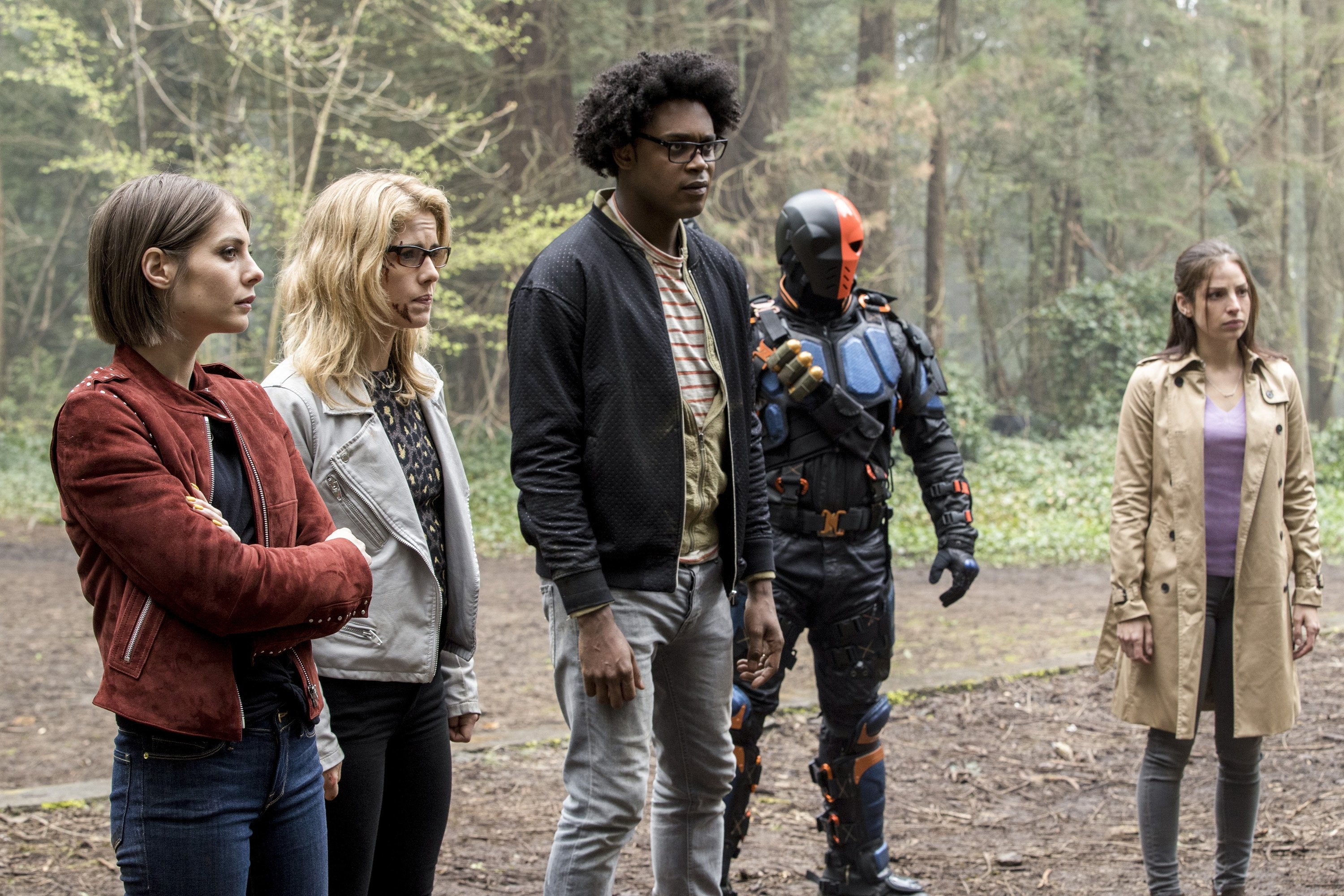 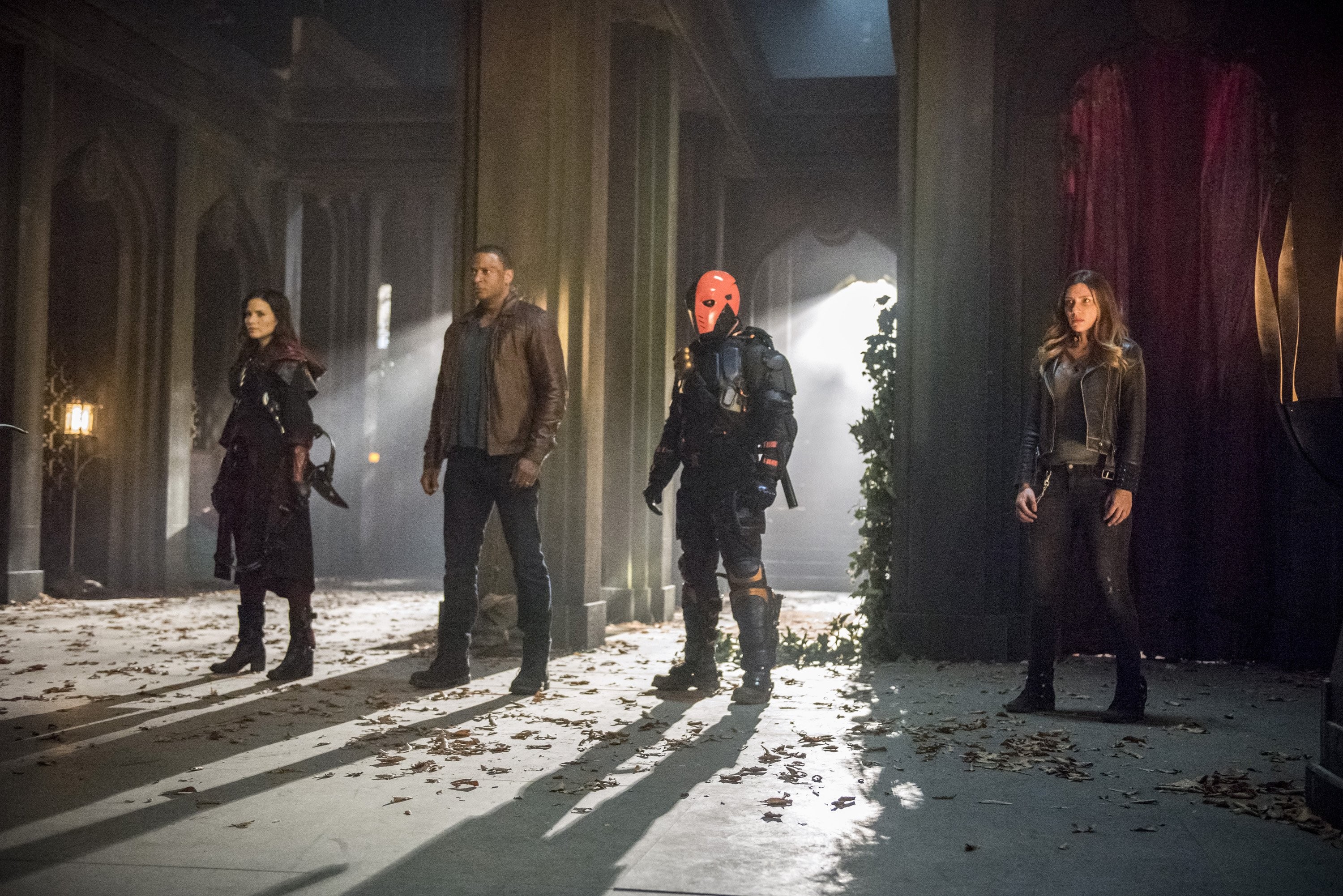 Chase was a cold, calculating S.O.B. until the very end. He was going to make Oliver suffer no matter what. If Oliver wouldn't kill Chase, then he would kill himself. Seriously, Chase as Prometheus was an amazing villain. He was always ten steps ahead, he had a great plan, and he had a singular goal. While I'm glad he's gone, I am going to miss him.

I absolutely loved that this finale didn't involve some kind of threat to Star City. Seriously, the last four main villains have been concerned with destroying part or all of Star City and it had gotten old. Having Prometheus be focused on destroying Oliver and his life made for a nice change of pace.

It was gut wrenching when Chase had William and told Oliver that either William died or all of Oliver's friends died.

I get that they want a cliffhanger but it's obvious that most, if not all, of the main characters will make it through the explosion. I can see them maybe killing off William's mother and it might be interesting to see Oliver juggle being a father, mayor, and Green Arrow.

This season has put Oliver through the ringer, and examined his darker side and his blood lust and it does seem like he's come through a better man but time will tell. He's said multiple times he's going to be better and stop killing and he hasn't yet.

The Talia/Nyssa fight was disappointing. I understand that it's not the main attraction of the episode but I still thought it would have lasted longer. I hope Talia survived the explosion. Lexa Doig was great in the role and I'd love to see her come back.

Black Siren vs. the new Black Canary and it was a draw. Well, I guess Siren won since she did get up first after the two sonic cries threw everyone around. While I hate that Laurel was killed off, I love Black Siren and want to see more of her.

Someone I hope doesn't come back is Evelyn. She was annoying and such a big hypocrite. She sides with Chase, a man murdering a ton of innocents to get back at a man who killed his father and a lot of crooks, because she wants to stop Oliver from killing more people and she was upset he wasn't the hero she was expecting. Girl, just die and stay dead.

The flashbacks were annoying. There was no suspense because we know Oliver makes it off the island. Sure, we see that Oliver had no problem killing Kovar but he spares Chase and it's meant to show how far Oliver has come but pretty much the entire season was all about that. I would have cut out all the flashbacks (save Oliver's call to his mother) and spent more time in the present.

I had my fingers crossed that Ragman  might make an appearance but no such luck. I felt the show really wasted his character and just dumped him part way through the season. Hopefully he will show up next season, whether it's on Arrow or another one of the shows.

Something else I was disappointed about was how there was no real closure or movement on Curtis getting divorced from Paul. It seemed like they were setting that up to be an arc for the character and then they just have Paul show up for a minute to say he wants a divorce and then it's mentioned once and never again. It's like Curtis never had a husband to begin with. Yet we get a ton of time devoted to Rene trying to get his daughter back.

Deathstroke is no longer crazy since the Mirakuru has burned out of his system. That means he's an ally of Oliver's again but it doesn't just magically erase what he did and the episode acknowledges that. It was great seeing Slade suited up and fighting with Oliver again, though. I hope he gets brought back again next season.

That might be the end of Merlyn, but we didn't see him die so who knows. If it really is the end, then I think it's a strong note to go out on. He sacrifices himself to save his daughter and her friends. A fitting end for a man who let his own grief lead him down a dark path where he was fine with killing thousands of people.

That was a tense, exhilarating hour of television and a great way to end the season. Bring on season 6.

Also tagged with one or more of these keywords: Arrow, DC, CW