SUPERNATURAL To End With Season 15


5 replies to this topic

The Road So Far will soon find its end.

Jared Paladecki, Jensen Ackles and Misha Collins have announced that the upcoming 15th season of "Supernatural" will be the last.

Here's the official message from the trio:

Like the current 14th season, the final run will consist of 20 episodes.

I saw this yesterday.

I am very sad, but I am not complaining.  15 years is an incredible run by every measure.  They'll end up with 327 episodes... that's almost as much as the entire STARGATE tv franchise.  (SG1, SGA, and SGU had 354 episodes.)

What makes it so incredible is that Jensen and Jared did a lot of the heavy lifting... massive amount of night shoots, longer seasons than most shows (23 episodes for seasons 7-13), and with a rather small cast.  Compare that with other actors in ensemble shows with 7-10 cast members who get burned out after 5 years or so on a series.  Those guys are troopers.

I will miss them.

This is sad news. I haven't watched since about season 10 (or whatever season had the Darkness as a villain) but this seemed like a show that would go on forever. All things must end. Still it had a great run and at least it is getting a final season instead of just being cancelled.

I had hoped it would go on for a lot longer, too-- maybe even morphing a bit with some cast changes. But there is still the chance of a spinoff or reunion movies or eventual revival.  Whatever conclusion the show comes to, I hope it's open ended enough to bring the boys back from time to time. 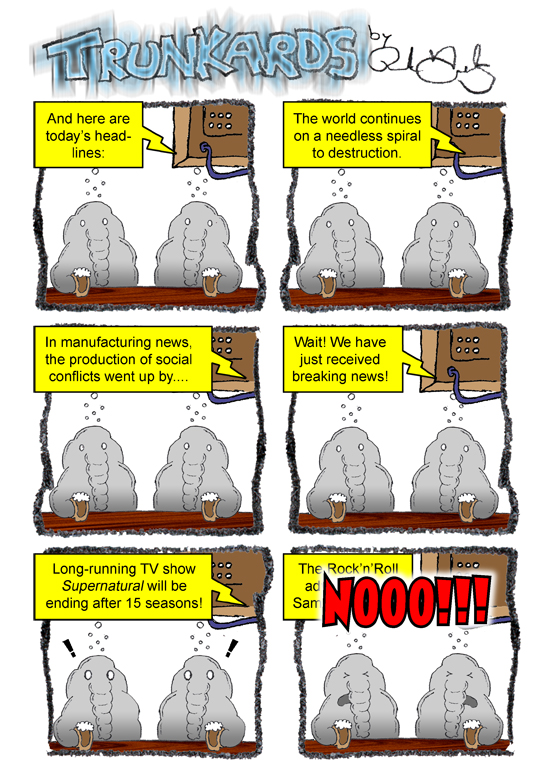 Me and all my shadows.

Sure sure, they said that season 13 was going to be the last season.
They might just keep playing it out until they reach ep 616 or 666 since it is all Hollywood.

7 verses I know you're there behind the veil.

The final season trailer has arrived:

Back to General Media Discussion