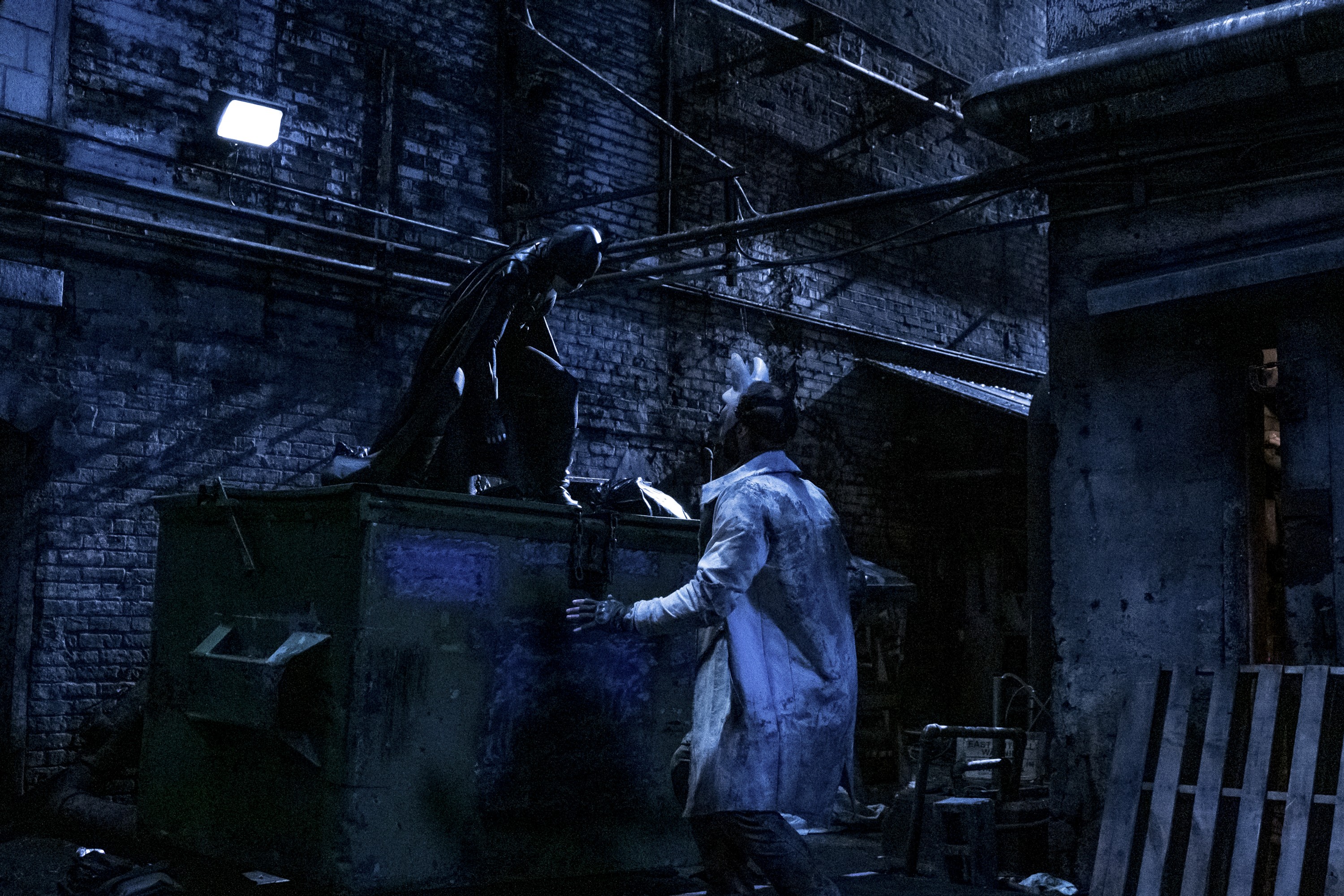 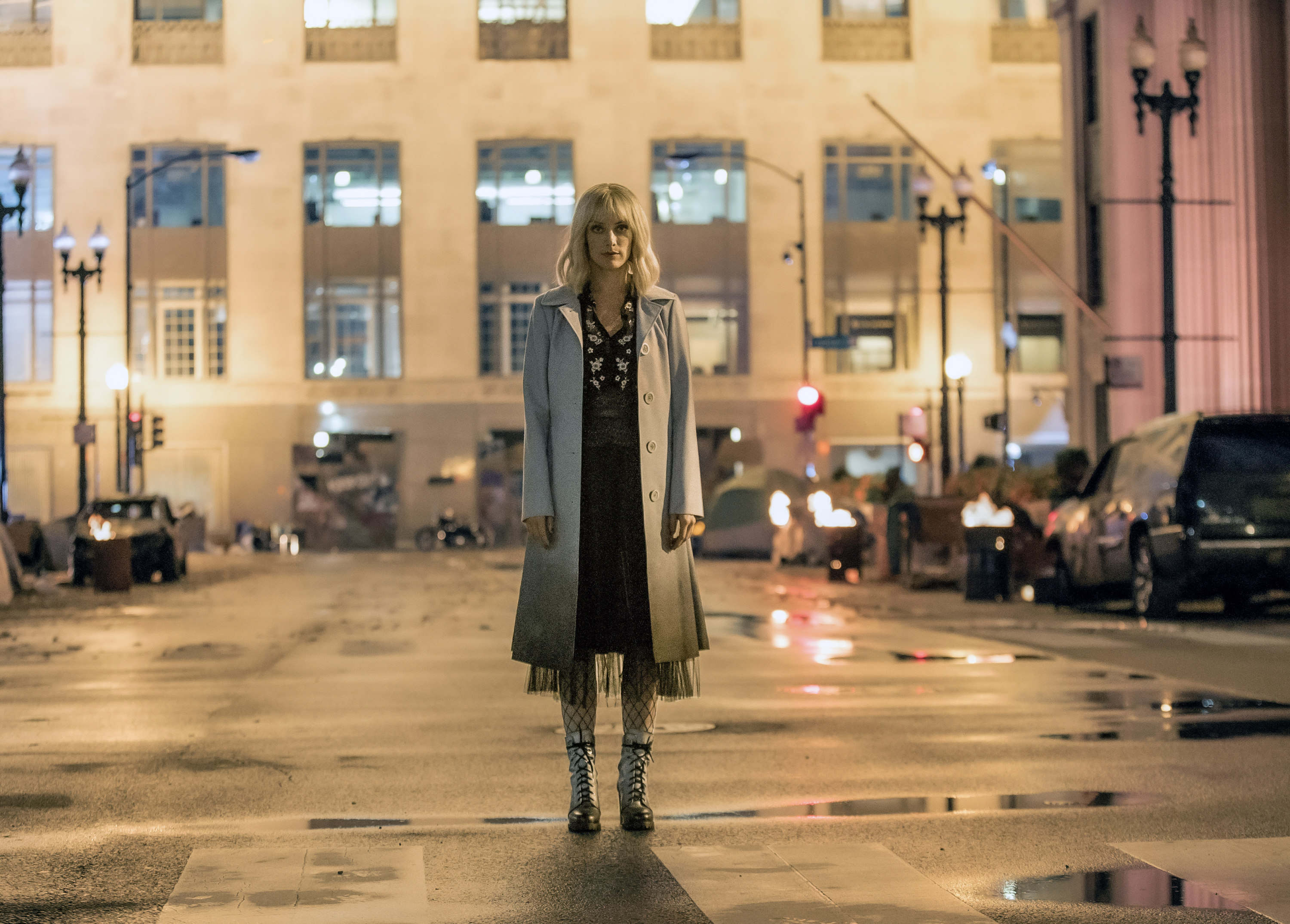 LEGACY - Back in Gotham, battling Alice (Rachel Skarsten) and the Wonderland Gang from the shadows, Kate Kane (Ruby Rose) continues to be haunted by the events surrounding her sister's death 15 years earlier. While the city holds on to hope that Batman has returned, Jacob Kane (Dougray Scott) and the Crows up the stakes trying to take down the villainous crew. Kate continues to look to Bruce Wayne's legacy for guidance as Luke Fox (Camrus Johnson) inadvertently gets pulled into Batwoman's vigilante heroics. Sophie (Meagan Tandy) and Kate are forced to team up, while Mary (Nicole Kang) finds herself in Alice's crosshairs.

Oh-kay ... so, we have an evil/wicked Step-Mom whose agenda has yet to be disclosed.

I do have to wonder at the lack of concern in the Crow's Roost as to how the "Wonderland Gang" could stage a strike right in the Crow's own garage.  Does this security firm really not have security?  Admittedly, Dad is distracted by all he has on his plate, not to mention the stress of the revelation that Alice just might well be the daughter he had stopped looking for.  Yeah, him and Kate are carrying a whole lot of guilt over what had happened, and still haven't come to terms over it.

It's kind of a shame that because of that, plus Kate's desire to prove herself to Daddy led her to neglect Mary who had been attempting to establish a bond of sisterhood with Kate.  I was saddened that it seems she's finally giving up after the attack, and with Kate's focus on Alice/Beth.  I hope Kate will try to mend things with Mary, if it is not too late.

Meanwhile, we have Sharon and her conflicts ... between her old love and current life, between Kate and her boss.  I'm not rightly certain whether she'll end up a friend or foe to Batwoman.

So, Luke and Lucius are two different people, with Lucius apparently creating the bat-arsenal, and Luke really in the dark about almost everything.  So how is it that someone dressed as a bat can ride a motorcycle through the streets of Gotham and not be noticed?  I guess Gothamites are used to looking to the skies when seeking Batman.

And finally, there's Alice.  Certainly a monster, possibly a long lost sister, definitely wants to be Kate's sole sister ... to the point that maybe she will seek an "honest" test of wits with Batwoman, provided they can work out some modus vivendi.

So, Luke and Lucius are two different people, with Lucius apparently creating the bat-arsenal, and Luke really in the dark about almost everything.

Luke Fox was introduced in the comics in 2013 as Lucius Fox's son. He eventually became the second bearer of the superhero identity Batwing. This is his second onscreen appearance, the first being the animated movie Batman: Bad Blood. The comics' Luke is an engineering genius like his father, though that doesn't seem to have translated to this version. I guess the Berlanti folks decided they didn't want another Felicity/Curtis/Cisco/Winn type.

But it leaves me wondering what Luke has to offer as a character beyond giving Kate someone to talk to about Bat-stuff. Although I guess he's basically filling the Alfred role.

Also tagged with one or more of these keywords: Batwoman, CW, DC