Doctor Who: The Awakening 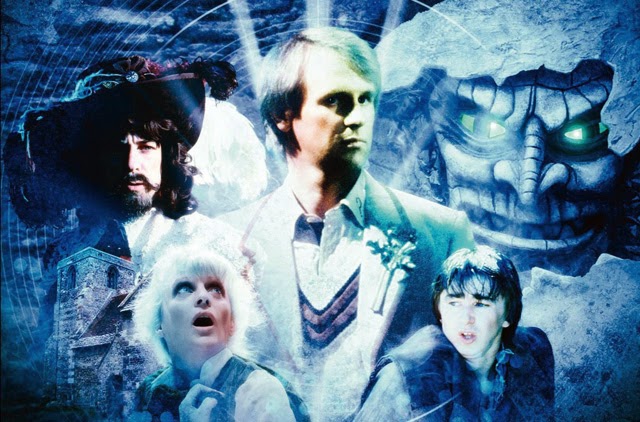 This was a nice two part story that I quite liked. After the darker “Warriors of the Deep” a smaller, friendlier adventure with low stakes was just what this season needed.

The Doctor is taking Tegan to visit her grandfather in England. When they arrive they find the whole town engaged in a re-enactment of English Civil War battles that took place near the village. Led by Sir George, the re-enactments seem to be going too far and getting more violent. Added to that are apparitions that are appearing around the village, including a young boy named Will who is from 1643. Everything seems centered around an old church and a demonic figure called Malus.

I don’t have anything negative to say about this story, really. I do wish Turlough hadn’t been separated from the others and imprisoned again but that just seems to be a theme for the schoolboy at this point.

After the disaster that was the Myrka, it was refreshing to see the Malus. They kept it simple, with Malus being just a giant head in a wall. That is much easier to make look good than a giant sea monster. When Malus projects part of itself into the TARDIS they again keep it simple, with Malus looking reptilian and simply clinging to the TARDIS wall, with only its head moving. It made the Malus a much more effective villain.

Will and Jane made for nice temporary companions. Jane was the only one who kept her head about her concerning the re-enactments and went along with the Doctor’s explanations readily enough. Will is mainly there to help the Doctor put all the pieces together but he is given enough little moments here and there to make him likeable.

The death toll is kept to a minimum here. Honestly, only Malus and his crony Sir George die. Everyone else lives. It even has a happy ending, with everyone convincing the Doctor to not go gallivanting on his next adventure and to actually stay in the village for a bit since Tegan never actually got to visit her grandfather.

This is a short review, but it was only a two part story. I think out of the three two- part stories during Davison’s run this one was the best, with Black Orchid coming in second and The King’s Demons third. I’ve liked them all, though. They make for a nice change of pace from the four part stories and are usually more fun than the other stories.

Also tagged with one or more of these keywords: Doctor Who, 5th Doctor