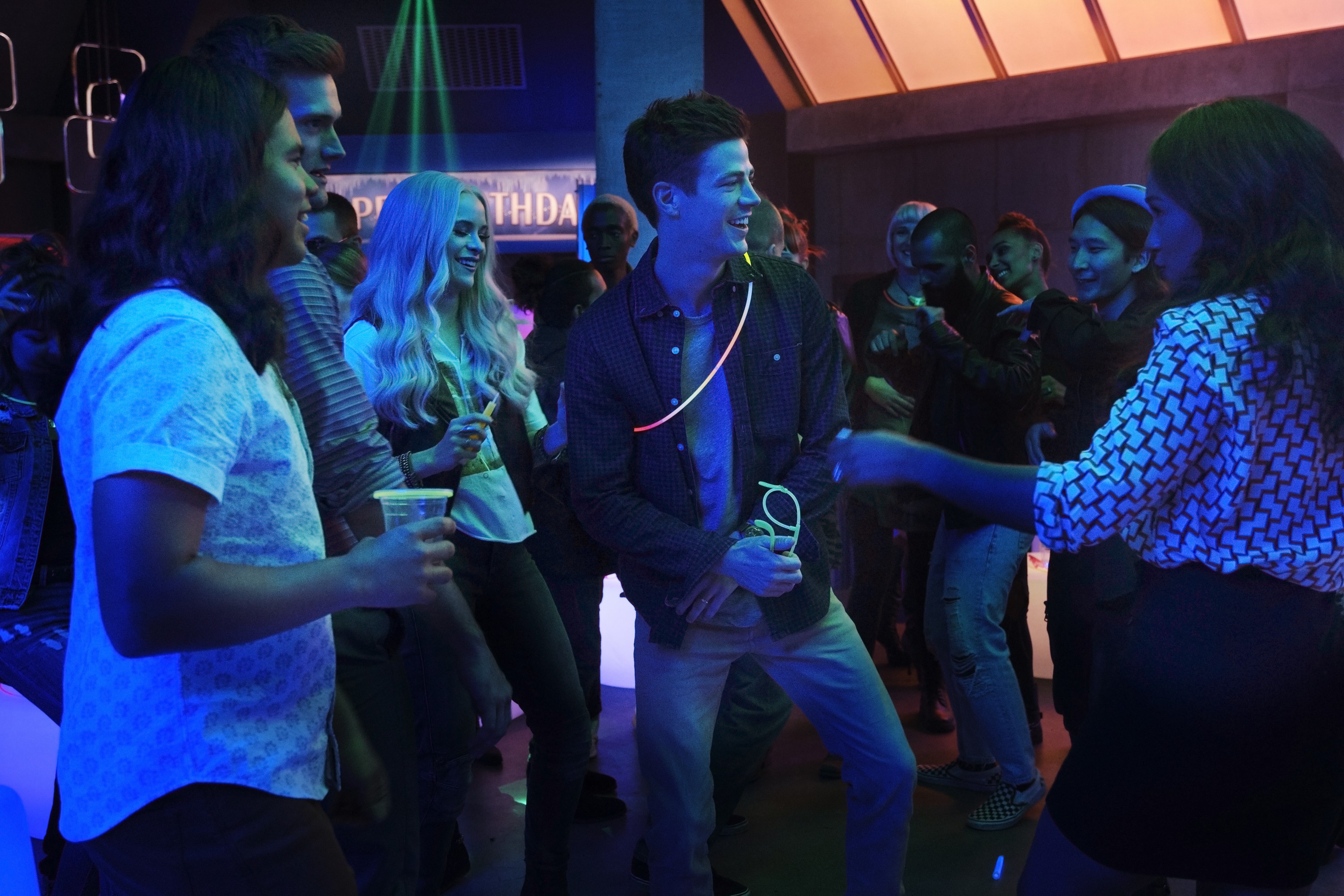 GET READY FOR A KILLER PARTY - Knowing that Crisis is only weeks away, Barry (Grant Gustin) prepares a member of Team Flash for life without him while hunting a terrifying meta-human with an unquenchable thirst. Meanwhile, Ralph (Hartley Sawyer) uncovers a family secret.

Read more: Listings - FLASH, THE on The CW | TheFutonCritic.com http://www.thefutonc.../#ixzz637optvkQ

The new Wells is introduced though I guess he will be called Nash. He wasn't in a lot of the episode but I think I'm going to like him. He seems like a cool character with shades of Indiana Jones thrown in on the typical Harrison Wells attitude.

I am so glad they didn't drag out the secret that Barry has to die in the Crisis. I thought that would be a long term plot and was not ready for it to happen. It makes sense to tell the others, especially since Barry told them he saw them all die in the Crisis.

Ramsey continues to be an interesting character. He isn't truly a supervillain, at least not yet, but he is motivated by purely selfish desires. Well, kind of. The dude just doesn't want to die yet. You can't blame him for that.

I wasn't sure about letting Frost have the driver's seat but it has shaken things up and made Caitlin a lot more interesting. I am still loving her new look.

For a detective, Ralph can be dumb. It never dawned on him that it might be a little strange that his mom only had four serious boyfriends after his dad left and they all died? At the very least I would think my mom was a murderer.

Still, the revelation helped Ralph on his personal growth and made him more amenable to love, which is good if they intend to introduce Sue this season.

Also tagged with one or more of these keywords: The Flash, CW, DC