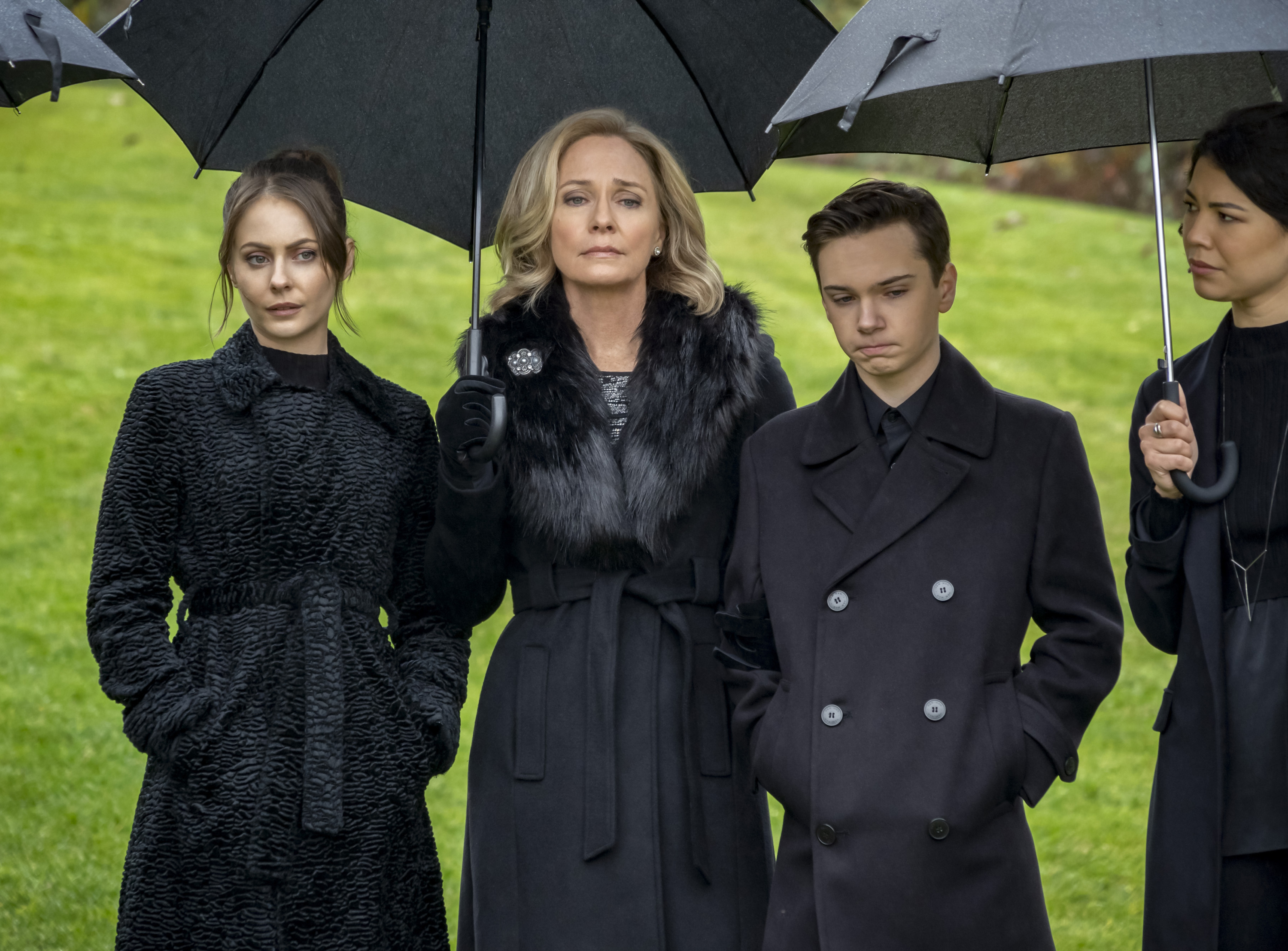 STEPHEN AMELL SIGNS OFF AS THE GREEN ARROW; EMILY BETT RICKARDS RETURNS FOR THE SERIES FINALE OF "ARROW" - After eight seasons, and the launch of countless superheroes, the series wraps up the story of the Green Arrow (Stephen Amell). Emily Bett Rickards returns as Felicity.

Well, that was a decent series finale. I think part of the problem is that a lot of the emotional stuff happened during the Crisis and obviously Oliver died (twice) during that event. That didn't leave a lot for the finale to do.

I did appreciate that they brought back basically everyone, including several characters that had died. It was great seeing Oliver's mom, Lance, and Tommy alive again.

Laurel's reaction to her still being there and not replaced by Earth-1 Laurel was understandable. Oliver brought back all of his loved ones but Laurel and she blames herself for that. Luckily Lance talks some sense into her.

I loved seeing Ragman again. I thought he was a great addition and hated that they got rid of him halfway through season 5.

While I wish we could have seen adult William, I was glad that they brought back teen William. The poor guy can't catch a break. He keeps getting kidnapped by villains angry at his dad.

It seems that a few weeks have passed in 2040 and Mia hasn't been able to rescue William yet. I'm hoping the spin-off is picked up so that plotline can be resolved.

Felicity's return was great. It made me wish she had been in the entire season. She was missed during the Crisis. I liked her happy ending with Oliver in Heaven.

We get one final flashback and it is rather a brutal one. Oliver's final action scene saw him kicking all kinds of ass.

Looks like Diggle finally got the Green Lantern ring like a lot of fans wanted him to. Now it's just a question of whether there will be any follow through on that plot.

All in all, I liked this finale and the fact that it gave closure to a lot of the characters but the fact that Oliver died and had his big moments during the Crisis did make this feel a little bit lesser.