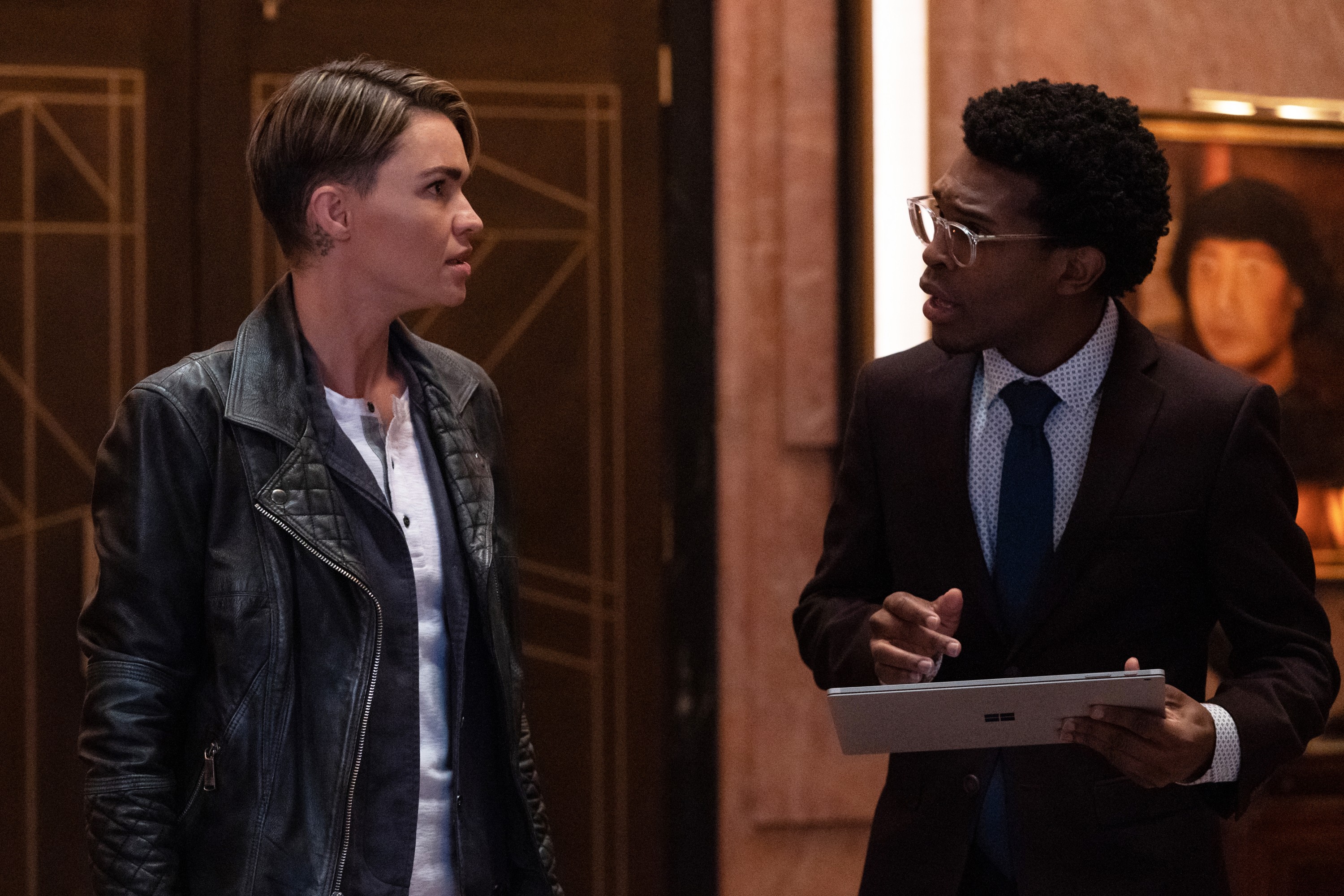 TWO'S A CROWD - As Kate (Ruby Rose) is pulled between two sisters, Luke (Camrus Johnson) and Mary (Nicole Kang) are tasked with finding the cause behind Beth's debilitating headaches. A visitor delivers some good news to Jacob (Dougray Scott), while Sophie (Meagan Tandy) takes her new role to the extreme and Alice (Rachel Skarsten) makes a devastating discovery.

That was disappointingly predictable.

There could be only one, and, of course, it would prove to be Alice.  The moment Sophie issued her "shoot on sight" orders, there was no hope for Beth.  I wonder if Kate will inform her that it was the good twin who was gunned down by her goons, allowing the evil one to survive and continue her rampage of terror.

And so the status quo ante is mostly restored, and the presumed dead psycho-dad rurns up alive and well and ready to torment his kid again.

That was disappointingly predictable.

There could be only one, and, of course, it would prove to be Alice.  The moment Sophie issued her "shoot on sight" orders, there was no hope for Beth.  I wonder if Kate will inform her that it was the good twin who was gunned down by her goons, allowing the evil one to survive and continue her rampage of terror.

Huh? It wasn't the Crows who shot Beth, it was Dr. Cartwright, Mouse's abusive father who's been going around disguised as Dr. Campbell (Sebastian Roche). Sophie was about to shoot Beth but chose not to, and then Cartwright sniped her from a rooftop.


I liked the episode. It was effective at delving deep into the drama and emotion of Kate and Beth/Alice's history and Kate's guilt at failing to save Beth. These writers really know how to wrench the characters emotionally and hit them where it hurts the most. The outcome was predictable, yes, but I was surprised at the way they went in leading up to it -- that Kate actually did have to make the choice, that she chose Beth over Alice and came to be with Alice at the end. That was pretty wrenching; a lesser story would've killed off Beth before Kate had to make that choice either way. And while I could predict what was sure to happen to Beth, they kept me guessing about who would be responsible for her death. It might've been a bolder choice to have Sophie actually pull the trigger, but I'm glad she turned out better than that.

I still have major questions about the concept behind it, though. Why is it only Beth and Alice suffering multiversal rejection and not the doubles we saw on Supergirl? Or did one of the copies of Al the bartender die offscreen between episodes? And why would the universe be satisfied merely by the death of one of the copies? Dead or alive, the matter that makes up their bodies is still there, and would still be there even if you totally vaporized one of the bodies (it would just be in the form of vapor then).

It also seemed odd that the idea of explaining the Crisis to people would be a bad idea when Arrow showed that it was publicly discussed in the documentary about Oliver's life and death. But then, the finale said that the documentary came out at least a month after Crisis, and these episodes seem earlier than that.

Also tagged with one or more of these keywords: Batwoman, CW, DC