Doctor Who: The Haunting of Villa Diodati

8 replies to this topic 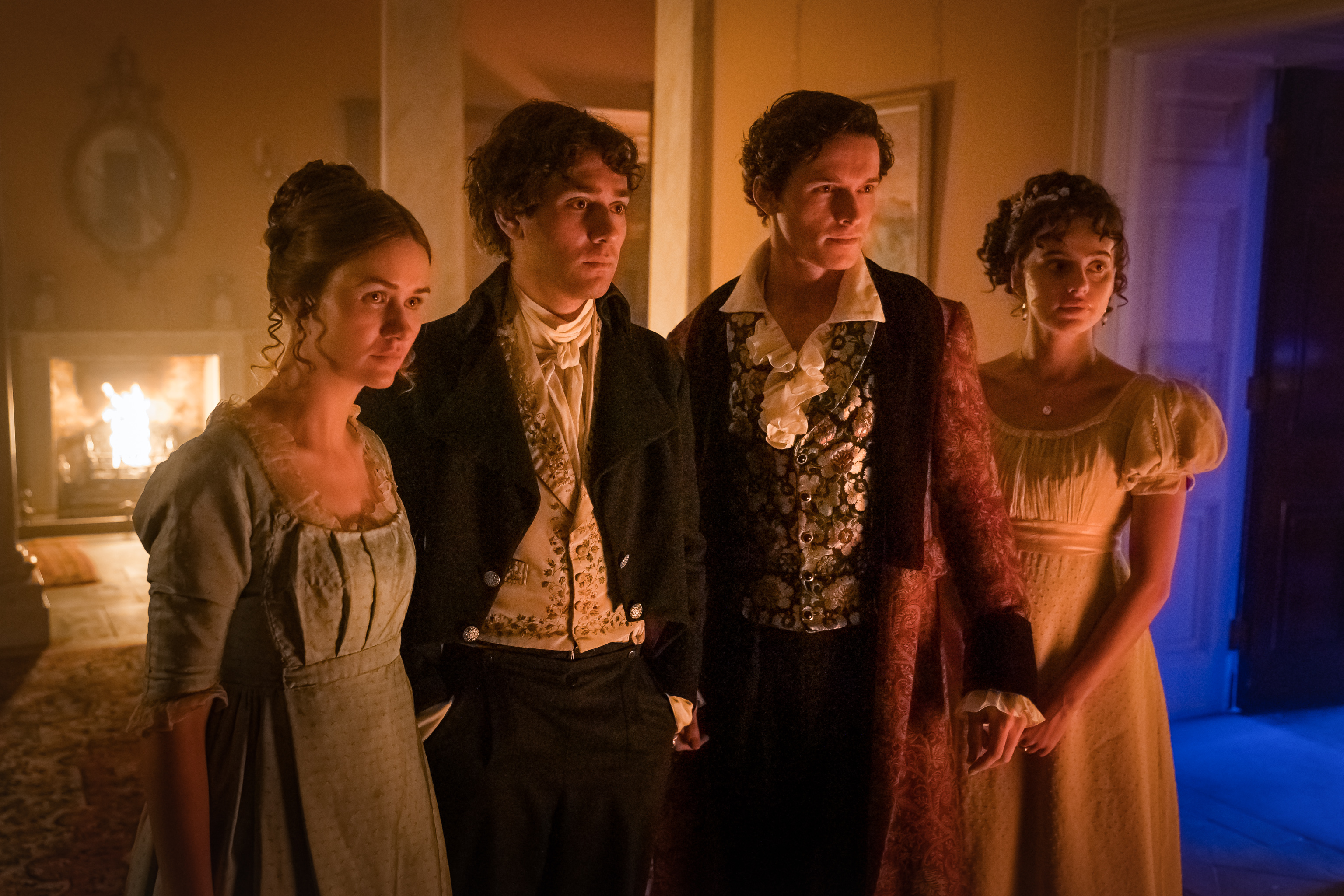 Lord Byron and Mary Shelley.  This oughtta be good.  I just hope the production standards are higher than last week.

Okay, that's more like it.  Haunted mansion, flickering candlelight, literary references, screams, and a monster. I felt right at home.

And we've got some real historical figures, which is happening a lot this season, and a storyline where the actions of our characters creates history as we know it.  Cliched, but classic.  Seems to me kind of a throwback to very early episodes, which is very cool.

Happily, this episode was much more professionally directed than last week, with much better, snappier dialogue (what I could understand of it).  I liked the Doctor's speech about how she has to stand on the mountaintop and make the decisions, and she doesn't always win. But "Words matter." More mind-melding this week, though.  It just seems weird to me.  She never did so much mind melding before.

But, yeah, they certainly have thrown a lot of pins into the air for this micro mini season-- the Lone Cyberman, the new Master, a non-continuous Doctor, the mystery of the Timeless Child, and even Captain Jack (who's going to be royally pissed that she gave the Cyberman what it wanted).  Are we zooming toward a conclusion or a cliffhanger?

I really enjoyed this one.

I find it quite fitting that a Cyberman is the inspiration for FRANKENSTEIN, because that's basically what they are... especially this half-finished one.

I'm happy they've been going more into actual historical figures and stories, exactly what the series started as almost 60 years ago.  It's good to have the show go back to its roots now and again.

Of all the villains the series has given us over the decades, the Cybermen have always given me chills the most.  Slicing away every bit of humanity... body, mind, and soul.  And they leave nothing behind but a cog to serve in their machine.  No emotion, no thought, no self.  It's a horrible fate.  I think it's worse than death.

That little open spot at the bottom corner of each of their 'eyes'... I've always felt that was a physical representation of their last moments as a person.  The last teardrop of their emotions and humanity.  It makes them even creepier and more terrifying.

I find it quite fitting that a Cyberman is the inspiration for FRANKENSTEIN, because that's basically what they are... especially this half-finished one.

No, they're actually completely different. Shelley's Frankenstein created a new, synthetic life form out of various "materials" gathered from corpses; it doesn't explain exactly how, but it's implicitly a more piecemeal procedure than just sewing together a bunch of body parts as in the movie. But in any case, it's lifeless tissue imbued with the essence of life. Cybermen are virtually the exact opposite, formerly human beings that had their original parts almost completely replaced with inorganic substitutes.

The Cybermen were initially conceived as a cautionary tale about organ transplantation, prosthetics, and life support being taken too far and having a dehumanizing effect, which seems ridiculously Luddite and superstitious in retrospect, given how beneficial those technologies have turned out to be. The original Cyberman design in "The Tenth Planet" (brought back as the Mondasian Cybermen at the end of the Twelfth Doctor era) was less purely robotic than the later versions, more like a living being entirely encased in life-support machinery and protective wrappings. Though it was a cruder design, it was more gruesome in a way.

I'm happy they've been going more into actual historical figures and stories, exactly what the series started as almost 60 years ago.  It's good to have the show go back to its roots now and again.

Not exactly. Originally, their historical stories were usually purely historical, with the TARDIS crew being the only science-fictional element. After "The Highlanders," the second Patrick Troughton serial, they abandoned the pure historicals in favor of stories involving aliens or monsters or whatever in the past, like they still do today. The only pure historical we've seen since "The Highlanders" was the Fifth Doctor's "Black Orchid." I often wish they would do the occasional pure historical tale on occasion. Like, "Demons of the Punjab" could've worked well enough without the alien watchers, if it had just been about the horrors of Partition.

I know there are some big differences between Frankenstein's monster and the Cybermen, but that doesn't she wasn't inspired to create it based on seeing the Cybermen... just tweak some things.


And it is still nice to see them walking through actual history and being a part of it.

(By the way, I still feel the cautionary aspect of the Cybermen is still very valid.  We may not be mechanically enhanced, but humans tend to be disconnected from others in a lot more ways than ever before.)

(By the way, I still feel the cautionary aspect of the Cybermen is still very valid.  We may not be mechanically enhanced, but humans tend to be disconnected from others in a lot more ways than ever before.)

But that's just it -- it wasn't originally about that, it was about transplantation and artificial life support, the fear that medical technology could be dehumanizing. There was a lot of SF that was paranoid about the "evils" of organ transplantation when it was a new science, from The Hands of Orlac to Coma and Larry Niven's organleggers. And that fear hasn't aged well. It's to the Cybermen's benefit that they moved beyond the original, medical-themed version and were turned into something more purely robotic.

Doesn't mean you can't extend the original meaning to fit into the current era and culture.

Doesn't mean you can't extend the original meaning to fit into the current era and culture.

The original meaning was "organ transplants and lifesaving technologies are evil and dehumanizing." It was a stupid meaning, and it's good that it was dropped and replaced with something else.

Also tagged with one or more of these keywords: Doctor Who